We all like to watch Youtube videos. Some people flock to the gaming section while others rush to watch beauty videos. If you are like me and watch beauty influencers, you likely have a favorite. However, I prefer to watch the Youtubers/influencers who don’t shy away from giving truly honest reviews on products.

These Youtubers are the ones who aren’t afraid of being kicked off PR lists and continue to speak their minds about the product.  For example, they will say something to the effect of “this product was ok but blank could be improved.”
I wanted to share just a few of my favorite beauty Youtubers and a quick reason why I love watching their content.
Note: I personally do not have an issue with guys dabbling in makeup so a couple men are also included and no, they are not drag queens. Now that that’s out of the way, let’s get to the list, shall we?
Carmine Gargiulo (Carmimua)

Carmi was one of the first British beauty influencers I saw on Youtube and I love his easygoing yet honest approach to reviewing makeup. His unboxing videos never cease to make me laugh due to his enthusiasm and genuine appreciative nature.
Carmi is currently an influencer/ambassador for Makeup Revolution, so you can check out his personal channel or his videos on Revolution’s channel. One of my favorite videos from his channel is the “Cheapest makeup” video.
Christen Dominique

I call Christen the queen of creative tutorials. Christen Dominique has just over 4 million subscribers and releases at least two videos a week while juggling her fledgling cosmetics line, Dominique Cosmetics. She has such a vibrant personality and is always genuine about everything, from skin care to products that she likes or dislikes. The few videos she has done with her husband and son, you can see that family means everything to her.
Check out Christen’s series “American vs (another country) makeup (this is the Arab video)
Youkeyy 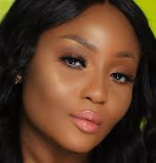 ER nurse and makeup addict Yuki a.k.a Youkeyy has been creating Youtube videos since 2016 and I love her tutorials. Her techniques have helped shape my own makeup application techniques.Plus she is hilarious.
When Youkeyy reviews something, her subscribers take heed because it is a no-holds barred review (not harsh but not sugar-coated either). Check out this video for makeup techniques and tell me what you think.
Marlena Stell

One of the original beauty Youtubers, Marlena inspires me through her strong work ethic and genuine passion for makeup. Boasting 1.4 million subscribers, Marlena started the popular makeup brand Makeup Geek after the name of her blog and fans repeatedly asking her about affordable eyeshadows.
Marlena has managed to be relatively “drama-free” in her 10 years on Youtube, with easy-to-follow tutorials and still uploads to this day, with more of her favorite products and more advice-based videos. If you watch anything by Marlena, I loved the “Be Enchanted” tutorial from 5 years ago (still a favorite of mine) or more recently “MUG Shot” series in which a smaller influencer/MUA is featured.
Jeffree Star

I know this may be “controversial” but I can’t deny that I love Jeffree Star’s videos. His brutally honest reviews and fresh, fun, and entertaining content keeps me subscribed to his channel. His refreshing views of PR are another reason to check out his channel; he blatantly states that if he really wants something, he will purchase it. He has been subject to brands “kicking him off” the PR lists, but he listens to fans/subscribers’ requests and continued reviewing products of the brand anyway.
Jeffree is one of those people where you either love or hate him; his haters have criticized everything about him but Star brushes off the negativity and continues to work on his thriving cosmetic line, Jeffree Star Cosmetics. Oh, and we can’t forget his six adorable Pomeranians!
Video recommendation: Colourpop Cosmetics “No Filter” review.
These are just a few of my favorite Youtubers/influencers. I watch several others but these 5 always keep me coming back. Let me know your favorite influencer/influencers in the comments and make sure to subscribe to The Trendy Wallet because I am working on a new series in which I interview influencers! Also make sure to follow me on Instagram, Twitter, and Pinterest so you don’t miss out on my makeup posts.
*Videos and images belong to their rightful owners*
©2018-2019 The Trendy Wallet

This site uses Akismet to reduce spam. Learn how your comment data is processed.